Leg 15 (Feb 6): Pensacola Beach – Dauphin Island, 117 km, elevation 213 m. Total distance 1549 km.
Leaving Pensacola Beach in thick fog that made everything damp. A little challanging biking under those conditions. Right before entering Alabama we had a pretty disgusting pizza for lunch. That’s what happens when wifey doesn’t get to scout the eatery… The biking roads in Alabama has this far been great, either wide well marked bike lanes or separated bike trails. In the Orange Beach region we got onto a very nice, but winding and pretty crowded bike trail that slowed us down markedly leading to a severe shortage of time before we had to reach Fort Morgan to catch the ferry to Dauphin Island. With less than an hour and a half until departure time we had almost 40 km left… Really pushing it along the Fort Morgan road, doing about 30 km/h I hear Frida behind me saying ”Maybe we should go a little faster”… We did arrive at the ferry bracket with just under 10 minutes before departure. Frida concluding ”Well, not at as bad as a spinning session at IKSU” (Wifey turning into a bicycle rider nr. 4). On the ferry we were told that all ferry tours today besides this one and one in the morning had been canceled due to the fog. Interesting, and sad, to see all the oil riggs during the trip, counted 14 at the same time. Arriving at a Dauphin Island swept in fog, so nice to rest during the trip. Turned out I didn’t rent an apartment but a whole house on the island. 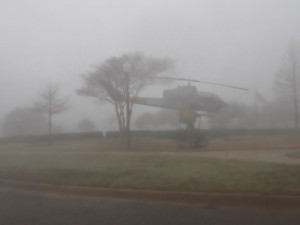 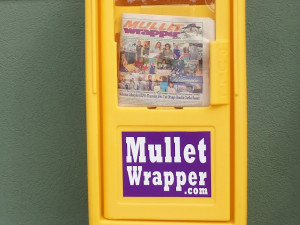 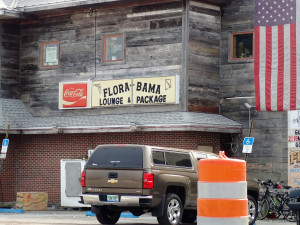 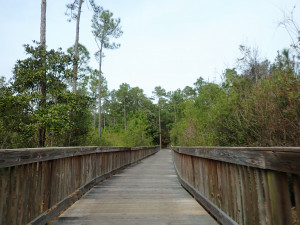 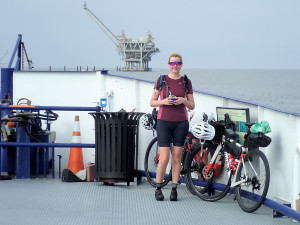 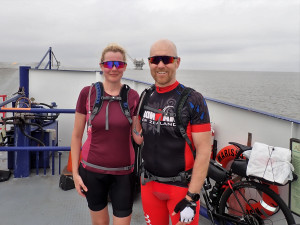 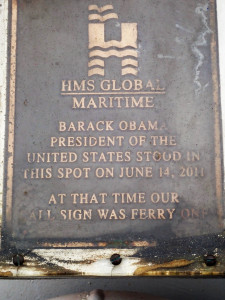 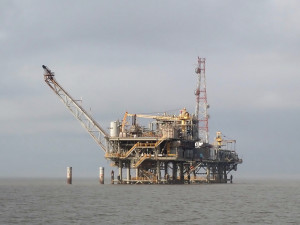