Leg 52 Wellton – Yuma (Mar 29): 74 km, climb 254 m. Total distance 5315 km.
There are mornings and there are mornings! Glorious conditions again. After 20 km we arrived at the beautiful Telegraph Pass with a 200 m vertical climb in rugged naked mountains – absolutely gorgeous! Almost at the top of the pass the hanger to Frida’s rear derailleur broke and the rear derailleur ended up among the spokes in the wheel resulting in a dead stop. So glad she managed to unclick and break the fall so she didn’t get hurt. Well, you don’t bike very well with a broken derailleur, or actually not at all. So we were standing on the top of the pass with our thumbs in the air and it didn’t even pass five minutes before Scott and Glen stoped and helped us load the bikes on their trailer. Scott graciously took us to the bikeshop he knew in Yuma (Mr. B’s Bicycles, Yuma, AZ) where they concluded they would have to order some parts, and if we were lucky we’d be out of Yuma tomorrow evening (but most likely after the weekend)… After calling and riding around to the other bicycle shops in town on my bike I found Johnny Yuma’s Bicycles that actually sold Specialized bikes. Johnny didn’t have any of the parts needed, but he had a 2016 Roubaix with more or less the same components. He was a little doubtful first to dismantle the bike and that the components would be compatible with Fridas bike but we decided it was worth a try (I told him I’d pay whatever he asked!). After some long distance, late night, consulting with Roland Hedlund and Michael Sjöström (sorry about the late call!!!) it felt much better, it should work. One of the employees, Glen (another Glen), was kind enough to load Fridas bike into his car and drive Frida and her bike to Johnny Yuma’s so he could fix it. Absolutely amazing how nice and helpful people are!
Just before closing time I ran over to Johnny Yuma’s to pick up the bike and now Fridas baby is standing here in our hotel room with new chain, rear derailleur, hanger and wire all ready for tomorrows adventures. Johnny didn’t even charge me for the work he did, and let me have the components very cheap… Meeting people like Scott, Glen, Glen and Johnny is what makes this adventure so wonderful. 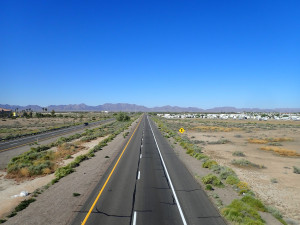 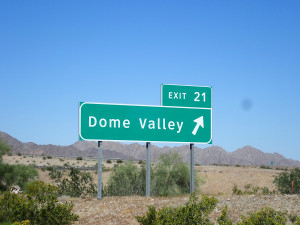 Oooh! Love the sound of that name… 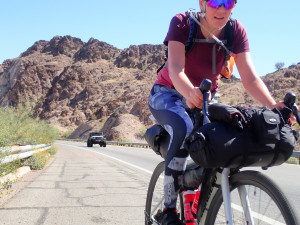 Frida a minute before the derailleur breakdown 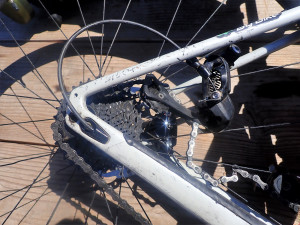 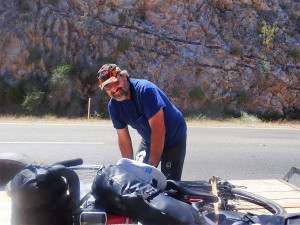 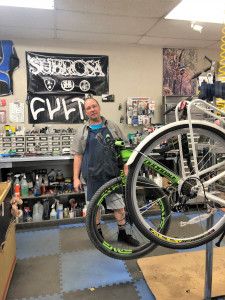